“Scary Terry” was born during the 2018 NBA Playoffs, as he became both a nightmare for opponents and a folk hero in the city of Boston. The Kyrie Irving experiment was still in its infancy, and with the All-Star point guard out for the playoffs, the Boston Celtics (“Celtics”), were desperate for a spark off their bench. Enter the scream mask, and at the time, backup point guard, Terry Rozier, who elevated his game in the post-season, averaging 16.5 points, 5.3 rebounds, and 5.7 assists per game. Taking full advantage of his opportunity, Rozier played a major role in getting the Celtics to the Eastern Conference Finals and in the process, entered the NBA spotlight, launching his brand to new heights. 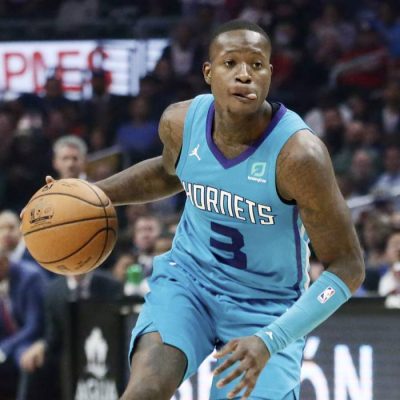 Rozier adopted the “Scary Terry” alter ego earlier in the 2018 season, but paired it with a mascot design that morphed his own image with that of a well-known movie prop; the mask is worn by the “Ghost Face” killer from the hit 1996 slasher film “Scream,” during the Boston Celtics playoff run. As Rozier became more known to fans he was able to sell “Scary Terry” t-shirts and sweatshirts using major vendors such as Barstool Sports, Amazon, and Etsy. Rozier further promoted his new clothing line on Instagram and Twitter and caught the attention of some parties who took issue with the “Scary Terry” mascot. Easter Unlimited, a New York corporation that does business as Fun World, sued Rozier for copyright infringement, trademark infringement, counterfeiting, and dilution by blurring for his use of the “Scream” mask on his articles of clothing. Fun World is in the business of designing, manufacturing, and marketing products for Halloween and other holidays and owns the relevant intellectual property of the “Ghost Face” killer mask. Fun World permitted the producers of “Scream,” along with the movie’s sequels and accompanying TV series to use the mask through contractual licenses, but gave no such permission to Rozier. As a part of its claims, Fun World demanded that Rozier pay up to $150,000 for each act of infringement, plus other damages and attorneys’ fees, which could have totaled millions of dollars. Fun World also demanded a permanent injunction against Rozier to prevent him from further commercializing “Scary Terry.” The two sides litigated the case for three years, and on September 27, a New York federal judge delivered the court’s ruling.

A federal court has ruled that the use of Boston Celtics point guard Terry Rozier’s nickname “Scary Terry” by a Massachusetts-based t-shirt company is fair use.

The ruling, issued by Judge Denise Casper of the U.S. District Court for the District of Massachusetts, comes after Rozier filed a lawsuit against the company, Scary Enterprises LLC, in May 2018.

In the lawsuit, Rozier claimed that the company was infringing on his trademarked nickname “Scary Terry” and causing him to lose out on potential endorsement deals.

However, in her ruling, Judge Casper found that the use of “Scary Terry” by the t-shirt company was not an infringement on Rozier’s trademark because it was “a parody or criticism” of the player.

The ruling is a victory for the t-shirt company, which can continue to sell its “Scary Terry” merchandise. It also sets a precedent that other companies can use athletes’ nicknames without fear of legal repercussions, as long as they are not using the nickname in a way that is derogatory or offensive.

What do you think of the court’s ruling? Do you think it sets a dangerous precedent or is it a victory for free speech? Let us know in the comments.