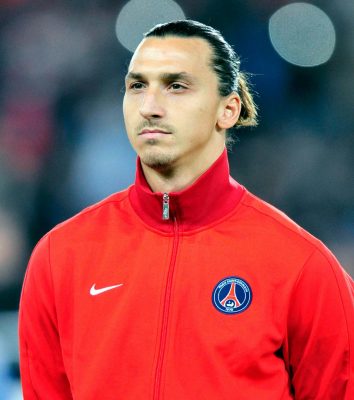 Zlatan Ibrahimovic is one of the most renowned soccer players in the world. He has achieved amazing successes both on and off the field, but there are still some things that many people don’t know about him. In this blog post, we will reveal 15 secret facts about Zlatan Ibrahimovic. We hope you enjoy it!

1. Zlatan is a notoriously difficult player to get along with. He has been involved in numerous controversies throughout his career, often clashing with teammates, coaches, and even fans.

2. Despite his difficult persona, Zlatan is an extremely talented footballer. He is one of the most decorated players in the history of the game, having won league titles in four different countries.

3. Zlatan is known for his unique and often outrageous personality. He has been known to make outrageous statements to the media, and he is also notorious for his on-field antics.

4. Zlatan is one of the highest-paid footballers in the world. He currently earns around €18 million per year from his salary and endorsements.

5. Zlatan is one of the most marketable footballers in the world. He has a huge social media following, and he has endorsement deals with some of the biggest companies in the world.

6. Zlatan is known for his love of luxury cars. He owns a fleet of expensive cars, including a Bentley, a Ferrari, and a Lamborghini.

7. Zlatan is an avid collector of watches. He is believed to have a collection that is worth over €1 million.

8. Zlatan is a Kambala buffalo racer. In his native Sweden, Kambala is a traditional sport that involves racing buffalos through a muddy track.

10. Zlatan is a published author. He released his autobiography, I Am Zlatan, in 2011.

11. Zlatan has a tattoo of a lion on his right arm. The tattoo is a tribute to his hometown team, Hammarby IF.

12. Zlatan has a pet dog that he named after himself. His dog, Zlatan, is a Rottweiler.

14. Zlatan has an honorary doctorate from the University of Malmo. He was awarded the doctorate in 2014 in recognition of his sporting achievements.

15. Zlatan is a UNICEF Goodwill Ambassador. He has been working with UNICEF since 2016 to help improve the lives of children around the world.