In South Korea, K-pop bands have grown from a minor music style being played in the less popular bars of Seoul to something that is now widespread throughout Asia. Here are the top 9 most famous Korean pop bands of all time.

Top 9 K-pop Band vote by fan in the World. 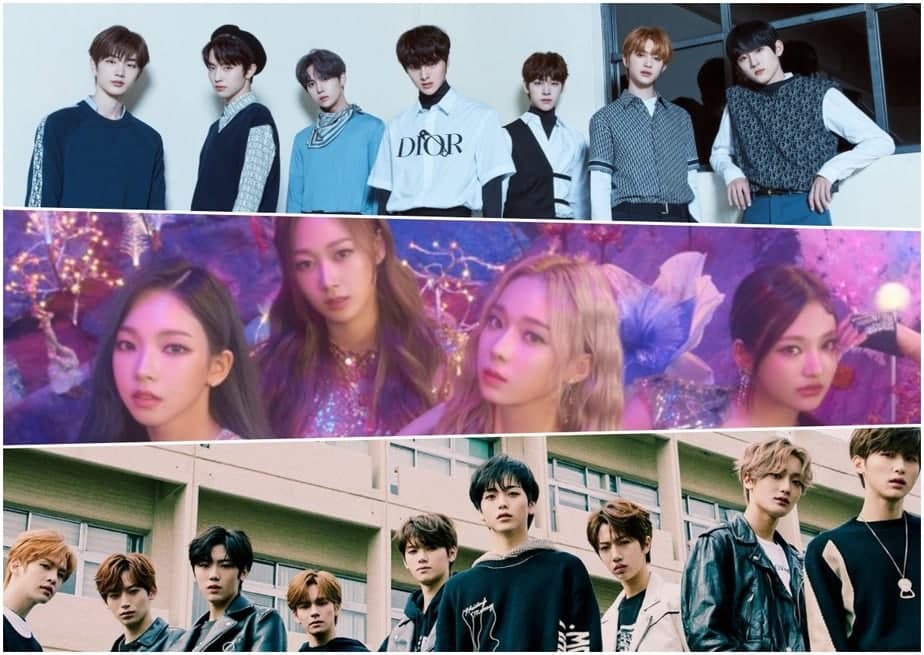 Wonder Girls group was formed by JYP Entertainment in 2006. The initial formation had five members: Sun Ye, So Hee, Geun Young, Hyuna, and Sun Mi. Ye Eun joined the group after their first song “Irony” released in 2007. After its release in 2007, “Irony” ranked number 58 on the Music Industry Association of Korea’s yearly 2008 charts. It also won an award at the 7th annual Mnet KM Music Festival (MKMF) under the category of Best Dance Performance by a Newcomer.

The World Wonder Girls launched in 2009 is the first global album by girl group Wonder Girls, released on October 9. The songs were all recorded in English with the exception of “I Feel You”, which was recorded in Korean (the Korean version appears later in their Korean debut album Reboot). The lead single “Nobody” reached number 27 on the Billboard Hot 100 chart, making them the first South Korean group to enter the chart’s Top 40 since Jewelry in 2001.

Big Bang (Korean: 빅뱅), often stylized as BIGBANG, is a South Korean boy band formed by YG Entertainment. With members G-Dragon, T.O.P, Taeyang, Daesung, and Seungri, they are often cited as among the most influential acts to shape the K-pop industry by helping spread the Korean Wave internationally and dubbed as the “Kings of K-pop”. Their experimental and diverse use of music genres, personal involvement in producing their own records, and stage performances have been admired by music critics and served as an influence to numerous K-pop and international artists.

Sistar (씨스타) is a South Korean girl group formed in 2010 under the management of Starship Entertainment. The group consists of Hyolyn, Bora, Soyou, and Dasom. Their debut studio album So Cool (2011) was a huge success and became the best-selling album of 2011 in South Korea. Their follow-up singles “So Cool”, “Alone” and “Push Push” were also successful on Korean music charts as well as on international music charts, particularly in China.

2NE1 is a South Korean girl group formed by YG Entertainment in 2009. The members include CL, Bom, Dara, and Minzy. The name ‘2NE1’ combines the phrases ’21st century and ‘new evolution’ and is pronounced as ‘twenty-one. Park Bom had been wanting to create an all-female hip hop group since her trainee days, but she wanted to find members who were different from one another. She said that she wanted to find members “who complemented each other as well as being strong individually”.

f(x) is a South Korean girl group formed by SM Entertainment in 2009. The group consists of Victoria, Amber, Luna, Sulli, and Krystal. They officially debuted on September 18, 2009, with the digital single “La Cha Ta”. Their official debut stage was on September 19 at the “SBS Gayo Daejeon”. In March 2010, f(x) ventured out to Japan as a part of their first official project as a group where they performed both Korean and Japanese songs at six showcases over five days in Tokyo and Osaka. Their official debut in Japan was released on March 29 with the Japanese version of “NU ABO”, which went to chart at number 32 on the Oricon weekly charts, making them the first-ever K-pop girl group to enter the top 40.

Kara (카라) is a South Korean girl group formed by DSP Media in 2007. The members include Park Gyuri, Han Seungyeon, Goo Hara, and Heo Youngji. By the end of 2008, Kara had become one of Korea’s most popular girl groups, winning numerous awards for their hit single “Mister”. As their career progressed, they released several R&B/Ballad songs that charted on the top of music charts in South Korea and throughout Asia.

Wonder Girls (원더걸스) is a South Korean girl group formed by JYP Entertainment in 2006. The group consists of Yubin, Yeeun, Sunmi, and Hyerim. They were marketed as an overseas pop group in the United States by the parent company, JYP Entertainment. Their debut album, The Wonder Years had a strong showing on Billboard’s World Album chart but was met with limited success elsewhere. However, they did not win any awards at major South Korean award shows until 2015 when they won their first Daesang (grand prize) at the Golden Disk Awards after three years since their debut.

4Minute (포미닛) is a South Korean girl group formed by Cube Entertainment in 2009. The members include Gayoon, Jiyoon, Sohyun, Jihyun and Hyuna. Their debut single “Hot Issue” was released in June 2009. In October 2010, they released their first Japanese-language maxi single titled “Diamond”.

4minute has earned a total of ₩12 billion (about US$10 million) since its debut five years ago. They are currently the longest-running girl group that is still active under the same management company as of 2016.