Kevin Gates is a rapper who is never afraid to mix it up. On the face of it you hear some incredible gangsta rap but behind the beats it some incredibly reflective and deep lyrics. It’s allowed him to create a special and unique sound.

It makes picking a top 10 very difficult but choosing the best Kevin Gates songs is what I’m going to try and do right here. 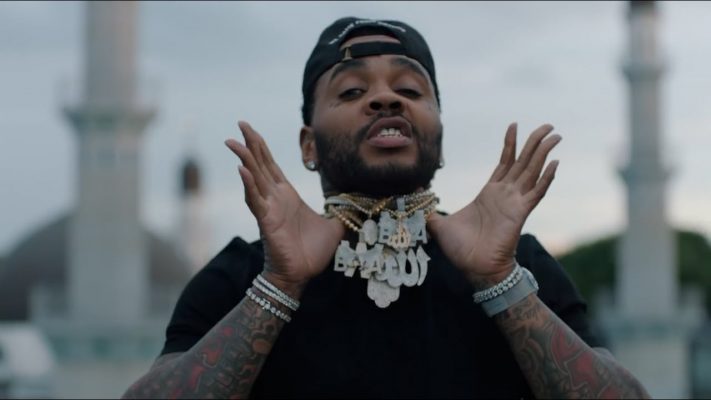 This song is a smooth bop that finds Gates and Alsina trading verses about their hustler mentality and how they don’t get tired no matter what obstacles they face. It’s the perfect track to listen to when you need a pick-me-up.

“2 Phones” is one of Gates’ most commercially successful songs, peaking at No. 17 on the Billboard Hot 100 chart. The track is a high-energy banger about having multiple women and trying to juggle them all without getting caught.

“Time for That” is a reflective track off of Gates’ debut studio album, Islah. The song finds the rapper looking back on his come-up and thanking God for all of his blessings. It’s a moving track that will resonate with anyone who has had to grind to make their dreams a reality.

Gates gives Kendrick Lamar’s classic good kid, m.A.A.d city track a whole new life with his remix. Gates’ verses are just as powerful as Kendrick’s original, making this one of the best remixes out there.

“Really Really” is the lead single off of Gates’ sophomore studio album, Stranger Than Fiction. The track is a summertime anthem about being young and carefree. It’s the perfect song to blast with your windows down.

“Pride” is a stand-out track from Gates’ latest album, I’m Him. The song finds Gates reflecting on his come-up and how far he’s come in life. He delivers motivating bars that will inspire anyone who is chasing their dreams.

“Walls Talking” is one of the most personal tracks on Gates’ debut studio album, Islah. The song finds Gates opening up about his struggles with mental health and how he’s finding the strength to keep going. It’s a moving track that will resonate with anyone who has ever felt like they’re fighting an uphill battle.

“Hard for Me” is a vulnerable track off of Gates’ debut studio album, Islah. The song finds Gates opening up about a past relationship and how it’s been hard for him to move on. It’s a relatable track that will resonate with anyone who has ever gone through a break-up.

The title track off of Gates’ latest album, “I’m Him,” finds the rapper in top form. He delivers powerful bars about staying true to yourself and not letting anyone else dictate your life. It’s an empowering track that will inspire anyone who is trying to make their dreams a reality.

“Out the Mud” is one of Gates’ most personal tracks. The song finds the rapper reflecting on his come-up and how far he’s come in life. He delivers motivating bars that will inspire anyone who is chasing their dreams.