My Hero Academia is a popular manga that has been adapted into an anime. The story follows the adventures of Izuku Midoriya, who dreams of becoming a hero even though he doesn’t have any superpowers. 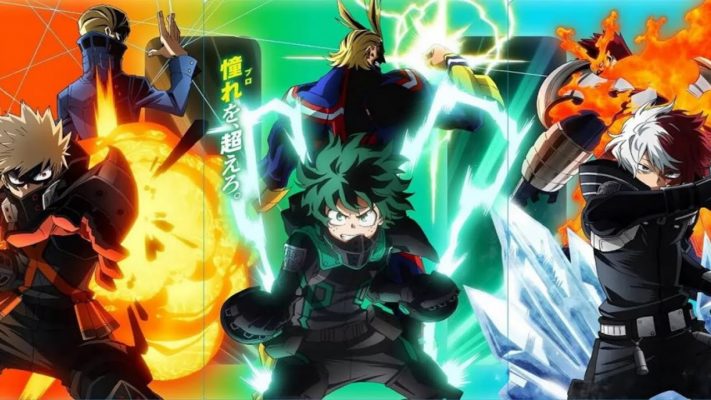 1. The author, Kohei Horikoshi, actually wanted to make a superhero manga that was more realistic, and was inspired by American superhero comics.

2. The original draft of the manga had Izuku as a transfer student from America.

4. Some of the characters’ names are puns on famous superheroes’ names, such as Katsuki Bakugo (Batman) and Shoto Todoroki (Flash).

5. The manga was originally going to be called “The Transformation Age,” but the author decided to change it to “My Hero Academia” because he felt it sounded cooler.

6. One of the author’s favorite scenes in the manga is when Izuku and All Might meet for the first time.

7. The author wanted to include a scene where Izuku saves All Might from a villain, but he was worried that it would be too similar to Superman’s origin story.

8. All Might’s catchphrase, “Plus Ultra,” is actually a Latin phrase that means “further beyond.”

9. In an early draft of the manga, Toshiaki Midoriya, Izuku’s dad, was going to be a pro hero.

10. The author originally wanted to make Katsuki Bakugo a villain, but he eventually decided that he liked him too much as a character.

11. The author’s favorite character in the manga is Ochaco Uraraka, and he has said that he would like to write a spin-off manga about her.

12. One of the reasons why All Might is so popular in the manga is because Horikoshi based his design on Superman.

13. In an early draft of the manga, All Might was going to be killed by a villain, but Horikoshi decided against it because he wanted All Might to be a symbol of hope.

14. Horikoshi has said that he would like to write a spin-off manga about the characters in Class 1-A.

15. My Hero Academia was nominated for the Manga Taisho Award in 2015, and it won the Kodansha Manga Award in 2016.