Cinematic Universes were unheard of before the Marvel Cinematic Universe, which is surprising considering how many classic monsters and comics exist. The MCU has had its share of great films and pretty bad ones but there’s no denying the impact it has on modern-day Hollywood blockbuster filmmaking.

Each film in the MCU brings something new to the table; Whether it looks at heroism from another perspective (Ant-Man), dives deep into a character we hadn’t seen before (Guardians Of The Galaxy), or one that hadn’t been portrayed as darkly as possible (Captain America: The Winter Soldier). Overall these films have brought some of our favorite characters and stories to life and we can’t wait for more!

Luckily we don’t have to. Marvel has films in the works into 2020 and we couldn’t be happier. 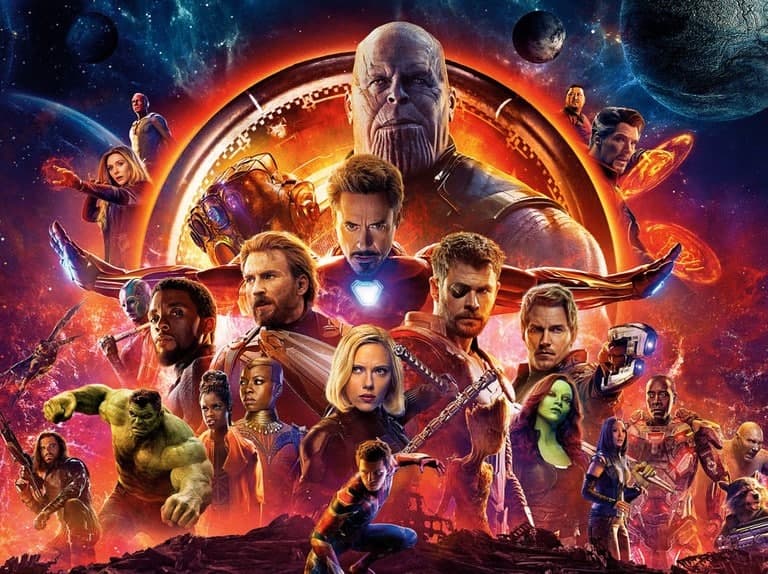 Marvel’s second movie brings us a new world, dark elves, and Anthony Hopkins as Odin- But not much else. In truth, this film really isn’t anything special at all but I’ll give credit where it’s due; Loki makes a fantastic villain and Chris Hemsworth does his best with what he’s told to do. If you want a good Thor story then stick with its sequel Ragnarok because this one will just make you wish it was over once the credits start rolling.

A major step down from the first Iron Man, of course, one of Marvel’s more lackluster films comes in at number 9… And even that seems a little high considering how bad it is. There are some very good moments in this movie but they’re surrounded by long periods of mediocrity and it doesn’t help when Mickey Rourke phones in his performance as Whiplash or Sam Rockwell (a talented actor normally) plays his role like he just picked up the script for the first time five minutes ago. There are some truly great characters here though; Gwyneth Paltrow is terrific in her role as Potts and Justin Hammer brings an interesting arrogance to the table, but most of this film is forgettable.

I’m probably one of the very few people who prefer IM3 over II, which is surprising considering how bad it was panned. Don Cheadle replaces Terrence Howard as Rhodey and while I thought that was a terrible decision at first he turned out to be great in his role; giving us a bigger, better War Machine.

Iron Man himself has never been better portrayed than here too, showing off the PTSD he suffered from The Battle Of New York and Tony Stark’s addiction to alcohol. Robert Downey Jr eventually got sick of playing the character and eventually gave up the mantle but we should be lucky that he did give us a few good Iron Man movies before leaving.

The sequel to the biggest Marvel movie ever made also happens to be one of its lesser ones, it seems almost unfair to rank this so high but I’ll explain why later. Age Of Ultron is an ambitious film and there’s no denying that; we finally get our first real look into The Vision and James Spader killed it as Ultron! Honestly, he might be my favorite character in the entire universe just because you can’t stop watching him whenever he makes an appearance on-screen. We were introduced to Quicksilver and Scarlet Witch here too and while much maligned by fans of the comics I thought they were given some good screen time and served their purpose within the story.

The second best origin movie, in my opinion, follows Steve Rogers on his journey from weakling to World War II super-soldier. Chris Evans is perfect for this role and he really gets a chance to shine here; Paul Bettany’s Jarvis delivers on all fronts too! Tommy Lee Jones’s portrayal of Colonel Chester Phillips is one part terrifying, one-part hilarious which makes him seem even more intimidating than the Hydra goons Cap fights later in the film. It may have its faults- Peggy Carter is relegated to just a love interest being chief among them but I found this to be a really fun film and it’s always a joy to watch.

Sometimes it’s easy to forget that Marvel was once considered the “C-List” of comic book studios because since making its own movie universe it has been bringing in greats like Robert Downey Jr, Samuel L Jackson, and Cate Blanchett. But when I think about what Marvel Studios is now I can’t help but think back to before The Avengers came out and how much we underestimated them at the time. Back then we were given a team of heroes made up of a raccoon and an alien tree and not only did they put out one of their best movies ever but they pretty much perfected the cosmic side of this universe. This movie is so wacky and so much fun it’s hard to resist smiling whenever you think about it. The soundtrack, the dialogue, the characters… everything works here! And it’s also proven that a Marvel movie can have a totally different tone from the others and STILL be great.

The grand-daddy of them all. This film has been so influential to the MCU as a whole, being the first time these many iconic characters have come together on-screen at once I would never have thought about layering an action scene with character interactions but that’s exactly what they did here and because of that, this is one of Marvels best films. While Iron Man 3 had more heart, Captain America 2 had more brains, Thor 2 had more humor and Ant-Man was just wacky The Avengers’ greatest strength lies in its balance of all these elements. The action is great, the dialogue is witty and most importantly it has a great villain in Loki. Who cares if they don’t explain his motivations? He’s awesome!

The movie that started it all, you cannot have the MCU without this one. It goes to show how far Marvel Studios has come when you consider that 7 years ago nobody thought they could pull off an interconnected universe of movies based around some B-List superheroes but here we are! Robert Downey Jr saved both him and Marvel’s careers with this performance; casting somebody who was so closely identified with previous superhero flops would have made things difficult for everyone involved but RDJ managed to turn himself around and become one of the most popular actors in Hollywood. Along with having a great script, likable characters, snappy dialogue, and good action scenes Iron Man also has an amazing villain in Jeff Bridges’ Obadiah Stane. A man who started out as your typical megalomaniacal boss but was so well acted by Bridges that you can’t help feeling sorry for him when he meets his demise.

It is one of the most recent entries on this list, so I won’t say too much about it. If you haven’t seen this movie then just go watch it, it’s great! Even if you’re not a fan of the character the stellar cast will get you invested in Steve Rogers’ struggle to save his country from Hydra. It’s also really interesting to see SHIELD get fleshed out as an organization and marvel at how far they’ve come since Iron Man 1. While some might find the revelations about SHIELD kind of… underwhelming (because let’s face it; we all saw them coming) for me they were still enough to make me leave the theater like: “Oh man… this is cool, but what’s gonna happen now?!”

..and that brings us to the number.. one greatest Marvel film of all time.

Okay, let me start by saying that I don’t think Endgame is a better movie than Winter Soldier, and if you ask me, it’s not even the best in the Avengers series. What it is, however, is one of the most emotional films that I’ve ever seen; when this movie ended I was literally an emotional wreck! While Infinity War still has my favorite action sequence (the battle with Thanos’ army right after he snaps his fingers), Endgame wins for its character moments. There are so many great moments in there! From Tony Stark finally meeting face to face with Steve Rogers again, to Captain America telling Tony about Peggy… but my favorite has got to be Iron Man’s death scene which brought out so many tears from the audience. It had me bawling my eyes out! I feel ready to watch it again already…