I bet you think you know all there is to know about The Lion King, right? Well here are 10 things that may have escaped your attention in the movie. 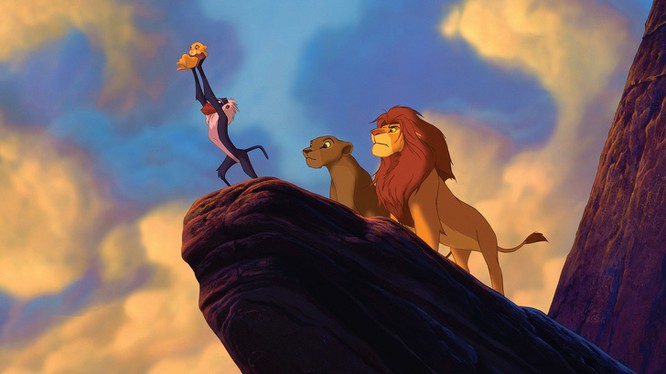 1   Nala’s age when Simba was born in The Lion King: The movie starts off with a very young Nala being pestered by her over-eager friends to go and see what “the king” has brought back this time. When Pumbaa brings Simba out, Timon remarks that the little guy isn’t much to look at. This means that when Nala acts as if she has just given birth in order for her mother Sarafina to believe Scar when he says he killed Simba, that would makeala approximately 5 years old or so.

2   The opening theme song in The Lion King: Did you know that the opening theme song was supposed to have it’s own music video? It was completed but never released to the public due to time constraints. This is why when you watch the movie, Nala has her arm around Simba during this scene. There are also numerous other errors made in this sequence which can be found through out the entire movie, if you’re looking closely enough.

3   Scar’s plan in The Lion King: Many people don’t realize how much of a genius Scar was in his plan to take over Pride Rock and get rid of Simba in order to make himself king. Throughout the majority of the film he pretends not only to mourn Mufasa’s “death,” to everyone in the Pridelands, but to be devastated especially by it. He then manages on that same day to pin the blame on Simba and have him exiled without getting any suspicion from anyone.

4   Scar’s first appearance in The Lion King: If you watch closely when Sarabi accuses Scar of being responsible for Mufasa’s death, notice how his mouth turns into a grin after she leaves, knowing that he has gotten away with blaming Simba so far.

5   Zazu’s age in The Lion King: When Scar encounters Zazu at the beginning of the movie, he comments on how he hasn’t seen him since Mufasa was king. This means that Zazu is actually quite old when Simba becomes king in The Lion King.

6   The circle of life: When Mufasa and Scar are having their little talk at the beginning of the movie, did you notice that during this scene that a beetle is moving its way up Nala’s leg? This is an example of how everything in The Circle Of Life goes on just like it should. However, we never get to see the beetle again so it isn’t important to the plot.

7   Timon & Pumbaa’s ages: It has been stated by animators working on The Lion King that both Timon and Pumbaa were supposed to be senior citizens when they were young teenagers. They would have been around 50 or 60 years old instead of their young, playful ages.

8   Rafiki’s age in The Lion King: When Simba is reflecting on his life in the desert after his exile with Timon and Pumbaa, you’ll notice that the mandrill looks rather old. This is because he was supposed to be really old when he has just finished painting Mufasa’s likeness onto the tree during Simba’s presentation ceremony.

9   A hidden secret in The Lion King: During Scar’s death sequence, if you listen closely enough while some of Scar’s hyenas are dragging him away to throw him off Pride Rock for good, some faint singing can be heard. The song goes “Be Prepared.”

10   All four main characters have killed someone in The Lion King: This is a rather morbid fact that some people may not have noticed. All of the main characters in The Lion King have killed someone before, whether they’ve done it intentionally or not. Nala killed Mufasa’s murderer with her own hands while Simba was responsible for Scar’s death. Timon and Pumbaa indirectly made sure that Shenzi, Banzai & Ed were eaten alive by the hyenas after they tricked them into telling Scar to his face what they think of him.

So there you go! 10 things you never knew about The Lion King cartoon! I bet there are even more than these ten secrets about this wonderful film so just look closely enough and I’m sure that something else will pop out at you. Don’t forget to watch The Lion King 3D sometime next year and see if you notice anything new that wasn’t there before!